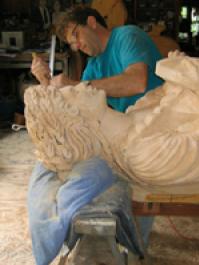 The museum displays the 18th century sailing world by telling the story of Captain Robert Gray and the trade with native Americans of the Pacific Northwest.