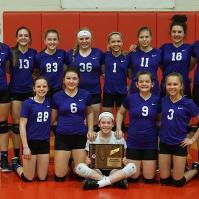 The Shelbyville Daily Union has been serving the Shelby County area since 1863.

The Union Publishing Co. began printing the "Shelbyville Weekly Union" on May 9, 1863, with the presses and material used two years earlier to print "The Freeman". John W. Johnson was encouraged by Judge Samuel W. Moulton and W. J. Henry to establish the paper with their financial help. The Union office was located over Rompfs Grocery Store, on the south side of Main Street and opposite Thornton's Bank.

The firm continued until in December of 1873, Parker T. Martin sold out his interest to the two other brothers. On December 18, 1873. the "Shelby County" was dropped and the word "Shelbyville" substituted. Thus becoming the "Shelbyville Union" which continued until the late 1940's. Horace L. Martin became sole owner of the Union in December of 1874. On January 22, 1887, Horace Martin published Shelby County's first daily newspaper, naming it "The Daily Union". During this time "The Daily Union" was printed in the building later occupied by Wilco's Tavern. In 1890, still another brother, Harry M. Martin, became editor of "The Daily." In 1898, "The Daily" editor was James L. Darby and the office was moved to West Main Street.

November 1, 1941, R. L. Frazier became an owner and with Tony Storm published the paper until Frazier's death in 1974. In 1956, Frazier also purchased the Shelbyville Democrat. The Shelby County Leader went out of print the same year. In the mid-1950's, Frazier's two children, George and Frances, began working at their father's paper.

The Daily Union was run by George and Frances Frazier until France's death in 1996. George became sole owner and publisher until the paper was sold in May of 1999 to Hollinger International. Hollinger ran the paper for about a year and a half before the paper was again purchased by Community Newspaper Holdings Inc., which still owns it today.

Publisher Darrell Lewis can be reached at 217-347-7151 ext. 112 or by email at darrell.lewis@shelbyvilledailyunion.com