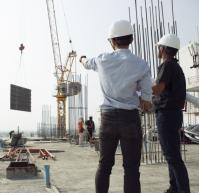 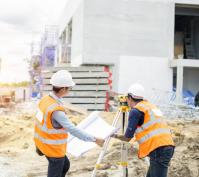 In 1975, Bancroft (Buz) Benner, a Registered Civil Engineer, joined forces with Fred Carpenter, a Licensed Land Surveyor, and began a small, community-minded professional services business. Two general partnerships were formed; Benner and Carpenter, which provided civil engineering services, and Continental Surveys, which provided land surveying services.  Both partners had numerous years of experience in their respective fields in both public and private projects.

As the years progressed, the partners decided to put their main focus into land surveying and to limit civil engineering services to smaller projects.

Larry Frager is the President of Benner and Carpenter, Inc.  He is both a Registered Civil Engineer and a Licensed Land Surveyor in the State of California.  Mr. Frager graduated from the South Dakota School of Mines and Technology with a bachelor’s degree in Civil Engineering in 1985. He pursued a career as a civil engineer right out of college, gaining much experience along the way, until finally coming to Benner and Carpenter in 1991. While at Benner and Carpenter, Mr. Frager furthered his education and career opportunities by obtaining his land surveyor’s license. Larry is a detailed oriented professional who is always willing to go the extra mile for a client.  He has over 30 years of experience working with contractors, public works agencies, and more.

The professional backup staff at Benner and Carpenter, Inc., is comprised of L.S.I.T.s, AutoCAD drafters, and Survey Party Chiefs with over 25 years of experience.