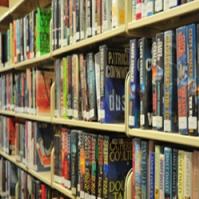 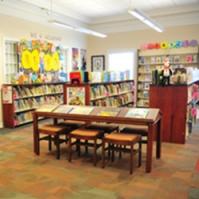 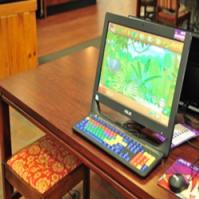 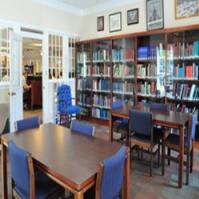 Worth County Library is a single county library system with one facility located in Sylvester, Georgia. The library has served residents of Worth County since its formation on August 19, 1922. Since its inception, the library was a project of the Sylvester Woman’s Club. At that time the library was housed in the M. H. Westberry home.

On July 1, 1954, the Sylvester-Worth County Library Board became a unit of the Mitchell-Baker Regional Library to form a tri-county regional library system. The regional library name changed to DeSoto Trail Library System. For many years it had been the hope of the Woman’s Club to place the library in a separate building. The library moved into the Presbyterian Church with an Open House held on May 22, 1960. The old atmosphere of the building with its high beaded ceiling and its stained glass windows was carefully preserved. As a child, Sylvester native and critically acclaimed novelist Sue Monk Kidd could not separate in her mind the entanglement of church and library. Her mother says that she would beg to go to church. Her parents were awed by her piety until they realized she meant the library.

In 1978, the Sylvester Woman’s Club signed the deed transferring ownership of the local library to the City of Sylvester and the County of Worth with the agreement that they accept responsibility of maintaining it as a public library. Because the library outgrew the church, a group of citizens under the auspices of the Chamber of Commerce gathered together for the purpose of building a new library. Public contributions were received to satisfy the matching funds required by the state. Substantial contributions came from Mr. and Mrs. David C. Jones in honor of Mrs. Margaret Jones, Mr. Jones’ mother for whom the library was named. Georgia governor Joe Frank Harris joined Worth Countians in celebrating the dedication of the Margaret Jones Public Library on November 22, 1987.