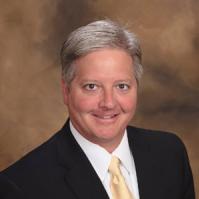 THINKpergola started as a home owner, an architect and a general contractor looking for a better solution to the old-fashioned pergola.

In 2015, looking to replace a wood deck and pergola, Sean Hunt obtained several bids. For the scope of work and considering the annual maintenance a wood pergola would require, the bids were prohibitively high. Exploring other options, Sean discovered a handful of operable roof systems. Clearly the modern answer to the old pergola, Sean obtained bids from local suppliers and was shocked as all the bids ranged into six-figures.

After careful review of the bids, with Tom Diggs as the project architect and Doug Ringkamp as the general contractor, we began to research other options. Sean found Apollo roof systems, gave them a call and was sold. Apollo combined their attention to detail, engineering and innovation with a responsiveness and engagement no one else would provide. Our team managed to deliver Sean’s project for less than half of the original bids.

Search Tags: Roof System, For your Home, For your Business, For your Information, Outdoor Kitchen, Install, The Principal, Design,