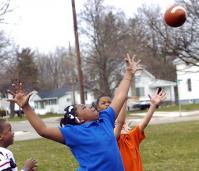 Movement Volunteer founded and volunteer led, the YMCA was established in London, England, in 1844 by George Williams, a draper’s shop assistant to give young men an alternative to life on the streets. In 1851, Thomas Sullivan, a retired sea captain and lay missionary, started the first YMCA in the United States in Boston. Today, the nation’s more than 2,500 YMCA’s are the largest not-for-profit community service organizations in America, working to meet the health and social service needs of 18.9 million men, women and children in 10,000 communities in the United States. YMCA’s are at work in more than 120 countries around the world, serving more than 45 million people. About 230 US YMCA’s maintain relationships with Y’s in other countries, staying committed to building strong kids, strong families and strong communities worldwide. Y’s are for people of all faiths, races, abilities, ages and incomes. No one is turned away for inability to pay. YMCA’s strength is in the people they bring together.