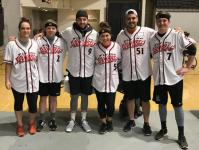 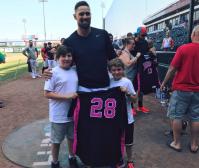 The Flying Squirrels mark affiliated baseball's return to Richmond after a one-year absence prompted by the relocation of the former Triple-A International League's Richmond Braves to Lawrenceville, Georgia in 2009, where they are now called the Gwinnett Stripers.

The name the Richmond Flying Squirrels was chosen through a Richmond Times-Dispatch readers "name-the-team-contest," which ended on October 15, 2009. Other finalists were the Rock Hoppers, Hambones, Rhinos, Flatheads, and Hush Puppies.

The Richmond Flying Squirrels are a Minor League Baseball team based in Richmond, Virginia. The team, which is a part of the Eastern League, is the Double-A affiliate of the San Francisco Giants major league

club and plays at The Diamond. The Squirrels were previously known as the Connecticut Defenders.