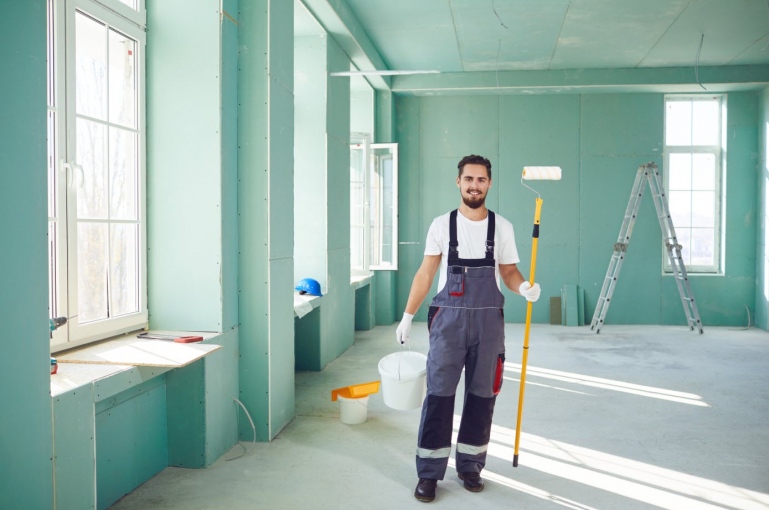 Abbott Paint & Carpet was started in 1945 by its founder, Howard (Mike) Abbott Jr. He retired in 1990 but still works his same hours and maintains his same office. The day-to-day operations have been taken over by Mike’s four sons; Kevin, Steve, Tim and Dave. Each one of whom can be found (most days) on the sales floor.
The original store was located on Marshall Avenue in St. Paul, it was moved in 1971 to its present location at 1808 Grand Avenue in St. Paul. The second store was opened in August of 1991 in White Bear Lake, formerly called Engen's Paint, which was a fixture in White Bear Lake for 40 years. The White Bear store was moved to its present location at 2223 4th Street, in downtown White Bear Lake in 1995. Our third store was added in 1995 in Stillwater at 1672 Greeley Street, formerly called Home Decorating Center.

When you think about the state of decorating centers in today's market, you will notice it is dominated by massive warehouse stores and national manufacturers. Independent retailers are becoming an endangered species. So what makes Abbott Paint & Carpet different? Simply put, our Service. From the number of knowledgeable, trained personnel to our one-on-one customer support. We still match the majority of paints by hand because computers can not achieve what we do by eye with our years of experience. Also Abbott may be the only retailer that still does custom stain matches.

Abbott Paint & Carpet is committed to conducting business with integrity and pursuing excellence in all that we do. Our goal is to continually improve our products and our services, we strive to recognize and respect the partnership we have with our customers, suppliers, employees and community.