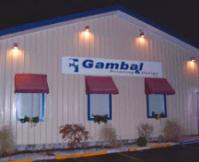 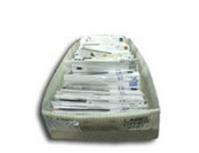 Gambal Printing & Design LLC is a company with deep roots in the Towanda area. After working for many years at The Daily Review, Mike Gambal decided to take a chance and begin doing advertising and graphic design work on his own. In 1995, Gambal Printing & Design LLC was formed. Mike spent his first few years in business honing his skills and building a client list in the basement of his parents’ home. As the company grew, so did the need for equipment and facilities. In 1999, with the support of his father Ted, Mike moved into his first office at 201 Main Street in Towanda. The new space allowed Mike to purchase larger and more advanced printing and design equipment, further fueling his company’s exponential growth. By 2003, the influx of business had become so great that Mike hired graphic designer Dave Colton to help him share the workload. The next year, pressman Len Heaton joined the company, overseeing operation of the company’s increasingly complex printing and finishing equipment. During the next two years, business continued to flourish and, in 2006, several important changes occurred. First, Miriam Trunk was brought in to help manage the office. Her assistance with billing, clerical duties, and design work became invaluable as the company made plans to leave Main Street for a new, custom-built facility. In May 2006, Gambal Printing & Design LLC welcomed customers to its new 2,500 square foot office on the Golden Mile in Wysox. The new facility gave the company space to purchase even more equipment, necessating the employment of a second production employee, Margaret Willson, late in the year. With the foundation of his company firmly in place, Mike began seeking ways to streamline his business. In 2007, he hired long time family friend Phil Koos as the company’s business consultant. Never one to rest on his laurels, Mike continues to explore new ways to ensure that Gambal Printing & Design LLC remains on the cutting edge of the printing and graphic design industries.