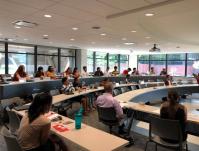 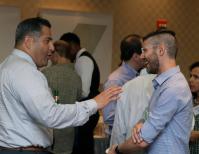 The Hispanic Chamber strives to support and promote Hispanic small businesses. In 2009, the organization took a major step to solidifying its role as the premier Hispanic organization in the St. Louis region when it opened a Technology & Resource Center, now called the Centene Technology Center, in the City of St. Louis.

endeavor was made possible through an appropriation from the federal government obtained by Senator Christopher “Kit” Bond. The computers at the Technology Center were purchased with an Accelerator Grant provided by AT&T. The software for the computers was donated by the Microsoft Corporation.

Also in 2009, the Hispanic Chamber established a charitable arm, the HCC STL Foundation, which will focus on youth, workforce development, and education.