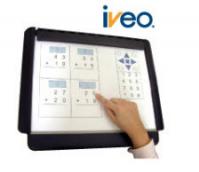 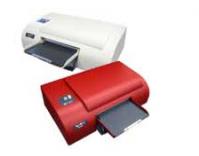 The ViewPlusŪ Technologies story begins with Dr. John A. Gardner, a world renowned solid-state physicist who went blind at age 48 due to complications from eye surgery. Gardner encountered enormous barriers when he returned to his job as a physics professor and researcher at Oregon State University.

Gardner found that certain information required to communicate in the field of solid-state physics was difficult if not impossible to access, even with assistance from sighted helpers. In particular, he found there were very few tools available for blind people to convert visually-oriented information, like diagrams and structured mathematics, to a medium that could be fully comprehended through touch and sound.

Utilizing his vast expertise in acquiring grant funding at Oregon State University, Gardner applied himself toward researching and developing innovative technologies that could minimize the communication gap between himself and his sighted colleagues. Under the umbrella of the acclaimed Science Access Project (SAP) at Oregon State University, Gardner and his team initiated the first work on TigerŪ embossing technology, the Audio Graphing Calculator (AGC), as well as other important developments.

As SAP received international acclaim for its work, Gardner began to seek commercial applications for their inventions. In 1996 he founded ViewPlusŪ Technologies to bring SAP innovations into the commercial realm and further advance his mission to make science and math more accessible to people with sensory and learning disabilities.

ViewPlus is now recognized throughout the world as a leading innovator of assistive technology. The company's research and development work is driven mostly by sales revenues from their popular line of TigerŪ Braille printers. Generous Small Business Innovative Research (SBIR) grant funding is also provided through the National Science Foundation (NSF) and the National Institute of Health (NIH), forming the base of innovative new products like the IVEOŪ Tactile-Audio system.

Dr. John Gardner, stepped down as Chief Executive Officer (CEO) of the company in November 2006. He will remain active as Chief Technical Officer (CTO) and President.