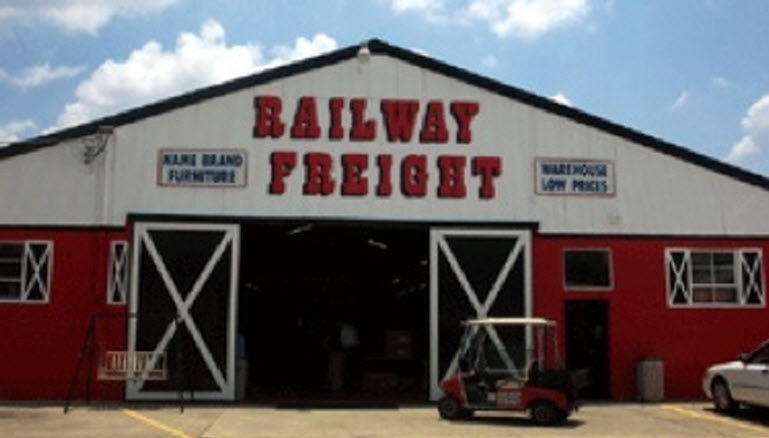 In 1969, H.D. Neal opened Railway Freight and sold just about everything he could get delivered via the railway. He carried new and discontinued merchandise, from building supplies and groceries to furniture and appliances...literally everything!

After Several years, H.D. Neal started focusing on furniture and appliances but the name remained the same. In 1980, W.T. Neal bought his brothers business and Railway Freight had become well known in Albany Georgia as the place to go for quality furniture and the name had to stay. As the business continued to grow W.T. Neal and two of his sons, Jeff and Steve Neal expanded to a second location in Americus Georgia.

Jeff and Steve took over Railway Freight in the early 90's. Since then, the business has continued to grow and a third store was introduced in Tifton Georgia. Even though the merchandise is no longer delivered by train, Railway Freight remains one of the oldest independent furniture stores in Albany Georgia and is easily the largest furniture warehouse showroom in South Georgia with enough furniture to fill more than 2 acres in stock and ready to take home. It has been and always will be our goal to offer Southwest Georgia name brand quality furniture at low warehouse prices.
In an effort to continue their success, Steve's son-in-law Chad Mullins recently joined the family business and asked...Why the name Railway Freight?