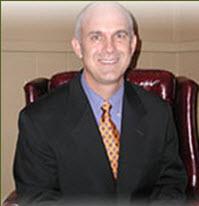 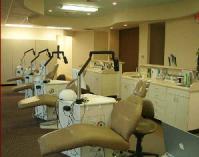 Dr. Moss is a native of Southwest Georgia, growing up on a farm near Plains. He attended high school and graduated from Southland Academy in Americus. Dr. Moss attended Georgia Southwestern, also in Americus, and obtained the B.S. degree in Biology in 1976.

In the fall of 1976, he began dental school at the Medical College of Georgia, receiving the Doctor of Dental Medicine degree in 1980.

Dr. Moss began his practice of dentistry in June 1980 in Cairo, two months after marrying Marianne Chastain from Thomasville. After seven years of general family practice and two daughters, Courtney and Ashley, Dr. Moss decided to return to his alma mater, MCG, to pursue the specialty of orthodontics. While there, Catharine was added to the family.

In 1989, Dr. Moss finished his orthodontic residency and moved to Albany to take over the practice of Dr. Russell Kincer.

In January 1990, the practice was moved to the building built in 1972 by Drs. Mooney, Cunningham and Arnold, who began orthodontic practice in Albany during the 1950's.


1996 got off to a very hectic start, with Dr. Moss achieving Board Certification from the American Board of Orthodontics in February. Later that year, the present addition and renovation of our facility was begun. It was completed in 1997.

Dr. Moss has been active in many professional, civic and church activities since beginning practice in 1980. He has served in many roles with the Southwest District Dental Association, an affiliate of the Georgia and American Dental Associations. Since becoming an orthodontist, he has served on the Georgia Association of Orthodontists board of directors for many years and is a past president. Currently, Dr. Moss represents the Southern Association of Orthodontists on two different College of Diplomates committees.


Dr. Moss is committed to the progression of the Albany community and has worn many hats in his contribution to promote the area. He is a member of the Albany Lee and Crisp County Chambers of Commerce. As far as civic activities, he has been active for several years with Rotary International, the American Heart Association and the Albany Symphony Association. He is a past president of the Cairo and Dougherty County Rotary Clubs, the Grady County and Dougherty County units of American Heart Association, as well as the Albany Symphony Association. He has also been a volunteer with Habitat for Humanity.

Dr. Moss is a lifelong Methodist and is an active member with his family at Porterfield UMC. He has been involved in many areas of church activities and has served as teacher in the youth department and youth choir counselor for several years.

Dr. Moss enjoys many hobbies, including most outdoor sports, hunting, etc. His favorites are traveling with his family, often times in a private plane since flying is also a hobby. An annual family snow skiing trip has become a tradition and he also enjoys tennis, motorcycling, church league softball, and water skiing, playing basketball, soccer, rollerblading, biking and hiking with the girls.