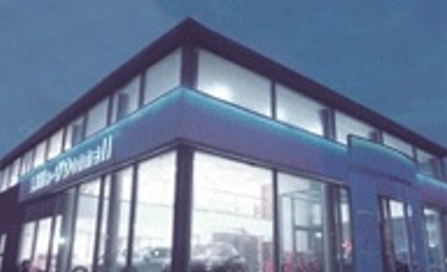 In February 1924, Legrand Smith left the family farm in Draper and opened a Ford dealership on Main Street in Spanish Fork.

"We leave our salespeople a lot of freedom to get a deal done. We want to be the place people come to be treated fairly, in a low-pressure environment."

The dealership has been in three locations since 1924, moving to the current location in north Spanish Fork in June 1999. It remains the oldest Ford dealership in Utah.

But it's still the friendly customer service and good value that keeps the dealership running.

That attention to the customer will continue into the future. Glenda's son, Kevin Lyman, is working as the fourth generation in the business. Kevin is the general manager of the dealership and shares his mother's desire to take care of friends and neighbors.

Clients appreciate keeping their dollars in the community without getting take for a ride. Customers get competitive deals from Smith and are treated like friends - not just another person in the door.

"We pay the same price for Ford vehicles as every other dealership, so we can give the same great deals as the dealers up north."

And they give that deal in the same way Legrand did - neighbor to neighbor.

"Satisfy your customers and they will become customers for life."