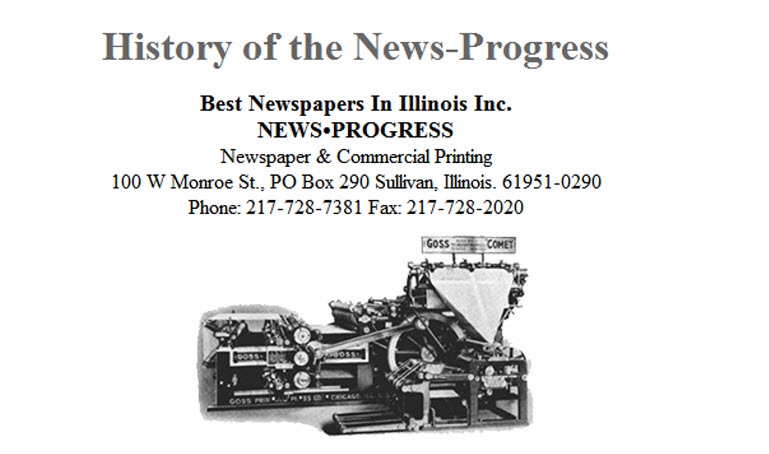 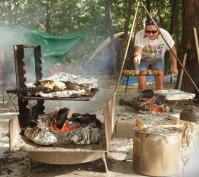 The News Progress and its predecessor, Moultrie County News, has earned more than 175 awards from its peers in national, state and regional contests over the past 37 years.
Bob and Marion Best purchased the Moultrie County News from Lester and Louise Lippincott in October 1961. In 1973, the Bests purchased the Bethany Echo and the Findlay Enterprise from Bill McIlwain and in 1979 bought the Sullivan Progress from Byron Brandenburger and the subscription list of the defunct Lovington Reporter.
These newspapers were combined in 1981 into the twice weekly NewsProgress to become the only newspaper published in Moultrie County.

Both the News and Progress had numerous owners during their long history in the community.

Prior to the purchase of the Sullivan Progress, the Moultrie County News and the Progress had been published in direct competition in Sullivan for 91 years.

The Progress was a direct descendant of the Sullivan Express which was established in 1857 as the first newspaper published within the borders of Moultrie County.

Although Bob Best died in 1993, his family continues to operate the News Progress, although it is now published once a week instead of continuing as a semi-weekly newspaper.