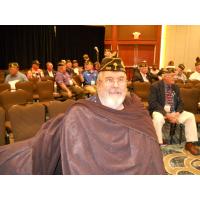 Meetings held every 3rd Tuesday of the Month. 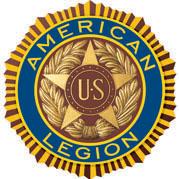 The American Legion is a nonpartisan, not-for-profit organization with great political influence perpetuated by its grass roots involvement in the legislation process from the local districts to Capitol Hill.

Legionnaires sense of obligation to community, state, and nation drives an honest advocacy for veterans in Washington.  The Legion stands behind the issues most important to the nation’s veterans community, backed by resolutions passed by volunteer leadership.

We honor and work with the four basic pillars: Americanism, Children & Youth, National Security, and Veteran’s Affairs & Rehabilitation. Legionnaires are honorable discharged Veterans who have served during conflicts of our country; they do not have to be on foreign soil.

Cayce Memorial Post 130, Inc. had its beginning in December, 1947.  It started out in an old cabin on Naples Ave. which was later torn down and a new log cabin was built in 1988.  It is sitting on a knoll at the corner of Naples Ave. and Axtell.  The property was deeded to the Legion for use by the City of Cayce.  We have, at times, been very active with WWII and Korean Veterans but numbers have dwindled and re-built with Vietnam and current veterans; exceeding at times to over a hundred members.  A lot of young men and women at Brookland- Cayce High and Airport High have benefited from the programs at this Post; be it Legion Baseball, Boys’ State, Girls’ State or Jr. ROTC.

The Cayce Memorial has also been involved with community parades, veterans parades, West Metro Christmas parades and dedication of War Memorial in front of Brookland-Cayce High.  We are moving on strong and encourage any and all Veterans in the West Metro area, our door is open-come on in.

The American Legion was chartered and incorporated by Congress in 1919 as a patriotic veterans organization devoted to mutual helpfulness. It is the largest veterans service organization, committed to mentoring youth and sponsorship of wholesome programs in our communities; advocating patriotism and honor, promoting strong national security, and continued devotion to our fellow service members and veterans.