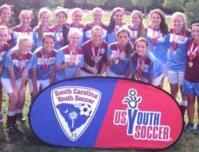 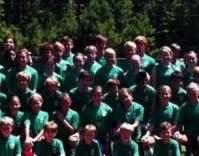 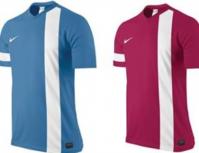 The mission of CRSA is to provide quality coaching in a structured classic league soccer environment. Our desire is not to be the largest or most elite soccer club, but one that serves the player who strives to become a better soccer player at the classic league and high school level. Player development is our ultimate goal!

Club History & Facilities
The Congaree Soccer Association (CSA) was formed in 1993 with the intent to provide classic league (Select) soccer for boys in the Cayce/West Columbia and Downtown Columbia communities. Via collaboration between Brookland-Cayce High School head coach Kevin Heise and then Dreher High School head coach Todd Wilkinson, along with a host of early visionaries including: John Ballenger, Ronny Burkett, Chris Collins, Tony Easterling, Jesse Eudy, Mike Stamps, Bill Sutton, and Ben Whetstone, among others, the club was born.

After several names for the club were considered, the group decided on “Congaree” to reflect the confluence of the Broad and Saluda rivers that run through the South Carolina state capital city of Columbia and tie the two geographic areas together.

The club quickly grew to encompass both boys and girls and in 1995 changed their collective name to the Congaree Rapid Soccer Association (CRSA) after having used different nicknames for each age group team.

CRSA initially used Richland School District One’s Memorial Field as their home site. Memorial Field was located behind historic Memorial Stadium in the Rosewood community in Columbia until district development of baseball/softball fields eliminated this facility. Cooperating with the Columbia YMCA, CRSA also used soccer facilities at the Owens Field complex located across from the Owens Field Airport in Rosewood until the early 2000s.

The Rapid secured the use of River Bluff Baptist Church off Old State Road in the Riverland Park community in Cayce in 2003.

The Congaree Rapid implemented the Junior Academy program aimed specifically at the development of boys/girls under the age of 12 in 2004.

In 2007, CRSA began working in conjunction with Lexington School District Two and utilizing facilities at Granby Education Center in Cayce and Northside Middle School in West Columbia. Also, occasional use of fields at Airport High School and Brookland-Cayce High School has been granted.

CRSA adopted the current club colors of Maroon & Sky Blue prior to the 2009 fall season.

In 2013, the Rapid were able to make arrangements with Heathwood Hall Episcopal School in Columbia in order to stage practices at their site.

Efforts are on-going for the club in pursuit of securing a true home venue. In 2013, CRSA entered into a 10-year lease on 11.4 acres at the Historic Columbia Speedway in Cayce. The lease has an option for 10 more years at it’s’ completion in 2022. The key issue facing the club regarding development of this site is simply financial in nature.