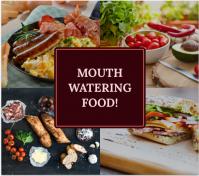 Our staff works hard daily to place love and care into each one of our breakfast or lunch items so you can go home feeling full and content. The crew at Joanie’s Deli strives to create an inviting atmosphere so you can feel comfortable while enjoying a delicious meal.

Joanie’s Deli established new ownership in February 2016 with the former Popeye’s franchisee of Colorado Springs and Pueblo, John Edmundson. Together with his friend and Popeyes General Manager, Sean Reynolds, who is now the head of operations, they discovered an opportunity to diversify and pursue the possibility of opening multiple restaurants.

After discovering there were no opportunities for personal growth within the Popeyes franchise, Reynolds proceeded with another dream. Edmundson, wanting to maintain his relationship with Reynolds, asked him if he would operate Joanie’s when he discovered the deli was for sale. Both John and Sean were impressed with the restaurant and decided to invest in the concept.

The deli serves premium Boar’s Head meats and cheeses on all of the sandwiches making each one a healthy and delicious choice. Joanie’s offers healthy options including gluten-free bread for sandwiches and vegetarian selections.

The restaurant offers free WIFI and convenient off-street parking. Joanie’s is the ideal stop-off for those who are heading to the mountains for skiing, hiking or fishing. It’s a great place to bring family or friends for a quick bite to eat.

If you are in the mood for great food, this restaurant is the deli that will leave you saying, “I Dream of Joanie’s.”