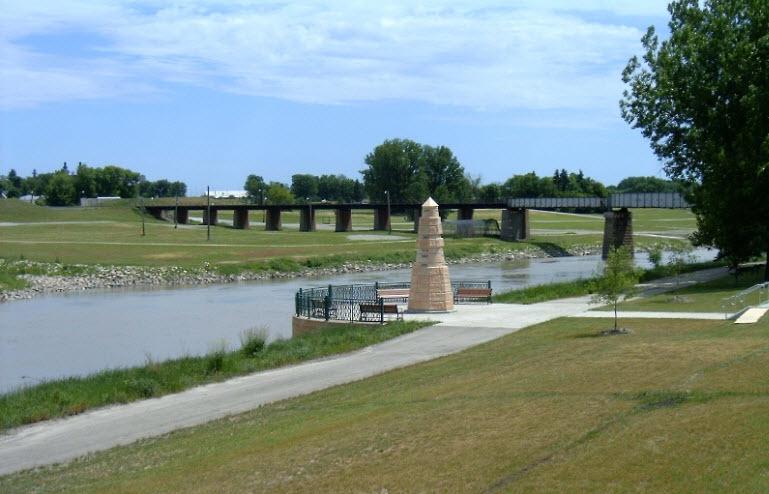 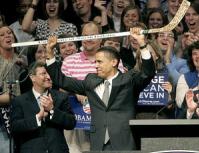 The history of the City of Grand Forks is consistent with other cities in the region. After the Native Americans, the first visitors and settlers were trappers and traders, who utilized "les Grandes Fourches" to congregate and to set up a trading post.

According to D. Jerome Tweton*, the "Frenchmen who earlier had been in the Sieur de la Verendrye expedition of 1734 selected Les Grandes Fourches as a rendezvous point for trappers." Many more gathered as the years went by; a significant number stayed.

Early farming settlers soon followed, seeking to reap from the rich soil. Soon, a post office was created to handle all the incoming settlers. It was the first postmaster, Sanford C. Cady who, in 1870, is credited with naming the city "Grand Forks" - a literal interpretation of the French name - on June 15, 1870. (However, the city was not incorporated - made a city - until February 22, 1881.) At this time, the steamboat was responsible for a growing number of trappers and traders to the region and proved essential to the evolution of Grand Forks into a town.

Alexander Griggs, a steamboat captain, has long been acknowledged as responsible for the growth of Grand Forks from a trading area to a town. The land he settled, in what is now downtown, became the nine-acre town site. His efforts earned him the title, "Father of Grand Forks."

The town was growing quickly, and there were many indicators of this fact. One is the establishment of two local newspapers. In 1879, George Winship started the area's second newspaper, the Herald. George H. Walsh's The Plaindealer was started 4 years earlier, in 1875.

On February 22, 1881, Grand Forks incorporated as a city. From 1880 to 1890 the population grew from 1,701 residents to 4,979, in large part due to the introduction of the railroad to the region and the subsequent business boom.

The first Mayor of Grand Forks was W.H. Brown (the city council had 12 members.) In a matter of years the Grand Forks Fire Department, Police Department, the School District and a hospital emerged within the city. Central School opened in 1881, followed shortly by Belmont and Wilder schools.

All of this development grew around the trading industry and the incredible farming throughout the region. Businesses from mills to breweries to hotels became familiar up and down the river valley.

As always, the service industry was on the heels of the other growing businesses and the business district began targeting visitors from the south and the north. In 1900, the downtown merchants organized "Winnipeg Day", an "international crazy days" (Tweton 61) that transported several hundred Canadians into the city. "Crazy Days" continues to be an annual tradition, setting aside one day in early autumn as a focus on local businesses and the local tourist trade.

On the other side of the river, East Grand Forks was also growing, thanks mostly to the brewery and some 30 saloons that existed by 1900. At this time, North Dakota was a "dry state" and therefore residents looked across the river for much of its "leisure activity."

Education was growing as fast as business as the University of North Dakota was well on the way to becoming part of the foundation of the growing city. Thus, with the base of agriculture, trading, retail and education, Grand Forks entered the new century in perfect position to become a thriving regional center.

Like the rest of the country, however, the city suffered throughout the Great Depression in the late '20s and early '30s that brought hardship throughout the entire region.

The region also had a new neighbor and partner when, in 1954, the Federal Government chose a site just west of town as the site for a new Air Force Base. It was originally classified as a "jet interceptor air base" and housed over 1600 people by 1960.

The 1960's took Grand Forks in the same direction of just about every other city in the nation: outward. The focus of the city became less and less on its historic center as housing, schools and businesses moved to the perimeters. This process of "decentralization", as Tweton describes it, continued through the 60's and intensified in the 70's.

In 1997 Grand Forks experienced a major disaster of flood and fire that still impacts daily life. An estimated loss of over $1 billion struck every aspect of the community.

In the three years since the event, Grand Forks has leveraged more than $300 million in federal aid to help clean up, repair and rebuild homes, businesses and infrastructure. The City Council approved millions for housing and business rehabilitation programs, approved plans to build more than 200 new homes to help restore the tax base lost to the flood and cash incentives for those who purchased homes in Grand Forks.

More than 850 homes and businesses were acquired by the City in an effort to "floodproof" the community. The City Council approved the design and alignment for a $402 million permanent flood protection project that will consist of a series of levees and flood walls. The project, which is being built by the Army Corps of Engineers, is expected to be substantially complete by the end of 2006.