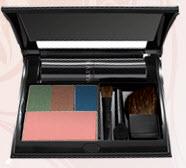 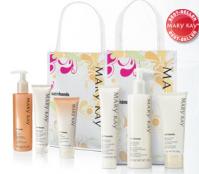 In 1963, after 25 years in corporate sales and a one month ”retirement period”, Mary Kay announced she wanted to start her own dream company. With her life savings of $5000 and the help of her son she purchased a formula for skin care cream. After placing her husband in charge of operations she began recruiting friends to sell the product she created. Her company, ”Beauty by Mary Kay”, was officially launched in September of that same year.
“Beauty by Mary Kay”, was a huge success. In the first 12 months it took in $198,000 and ended the year showing a profit. Within the next five years, Mary Kay added a variety of cosmetic products to her line and decided to go public with the company. In 1985, the company once again went private. Today Mary Kay, Inc. is one of the largest privately owned corporations in the U.S.

Mary Kay Ash believed that the purpose of her dream company was vast. She believed in the importance of providing Independent Consultants with a means to earn an adequate commission income. She firmly believed in recognition, motivation and support. For almost 40 years Mary Kay, Inc. has been known as one of the finest career opportunities for women. Today the company sales force has reached over 800,000 in number. Numerous Consultants earn in excess of 1 million dollars in commissions each year.
Search Tags: benefit makeup, best cosmetics, buy makeup, cosmetics, cosmetics product, fragrance, how to make up, lipstick makeup, make up, make up brush, make up brushes, makeup, makeup brushes, makeup cases, makeup tips, mary kay, mary kay ash, perfume, wedding make up,