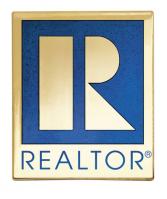 The 1960's took Grand Forks in the same direction of just about every other city in the nation: outward. The focus of the city became less and less on its historic center as housing, schools and businesses moved to the perimeters. This process of "decentralization", as Tweton describes it, continued through the 60's and intensified in the 70's. In 1997 Grand Forks experienced a major disaster of flood and fire that still impacts daily life. An estimated loss of over $1 billion struck every aspect of the community.

In the three years since the event, Grand Forks has leveraged more than $300 million in federal aid to help clean up, repair and rebuild homes, businesses and infrastructure. The City Council approved millions for housing and business rehabilitation programs, approved plans to build more than 200 new homes to help restore the tax base lost to the flood and cash incentives for those who purchased homes in Grand Forks. More than 850 homes and businesses were acquired by the City in an effort to "floodproof" the community. The City Council approved the design and alignment for a $402 million permanent flood protection project that will consist of a series of levees and flood walls. The project, which is being built by the Army Corps of Engineers, is expected to be substantially complete by the end of 2006.
Search Tags: Grand Forks, board of realtors, buy home, buy homes, buy house, condos for sale, foreclosed homes, home builders, home buyer, home for sale, home new, home sale, homes for sale, homes sale, house, house for sale, houses, houses for sale, housing, land for sale, new homes, new homes for sale, realtor, realtor com, realtors,