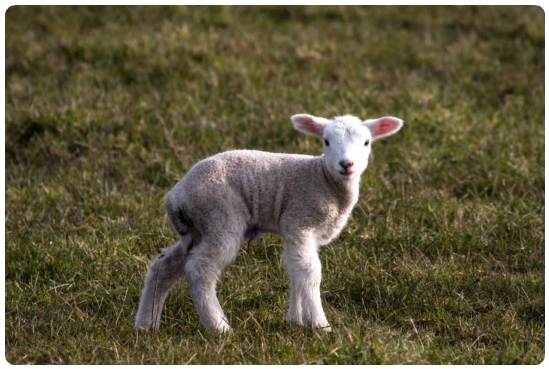 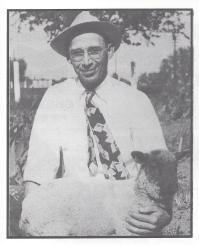 The History of Willows Lamb Derby

In the winter of 1933,  businessmen in our community were suffering from the throes of the depression. W.A. "Bill" Weinrich, a Director of the Willows Chamber of Commerce, had an idea to bring new memberships and increase trade to the community.

When Bill Weinrich proposed a celebration in Willows featuring sheep, he was laughed down.
"How can anybody pull of a celebration with sheep as a mofit?", he was asked.
Bill replied, "There's nothing cuter than a wooly lamb. They are beautiful little creatures, more affectionate than a dog. They bring thousands of dollars each year to Glenn County. What is more delicious that lamb chops, or leg of lamb? They are a luxury in demand all over the world. Let's advertise our lambs. We will have a parade of lambs, lamb races, a sheep-shearing contest for the principle features of the day. We will make the town people lamb conscious; we'll make sheep more popular. In fact, we can pull off a show that will knock them over. It will be entirely original to boot!"
He finally had his way and the Chamber of Commerce consented to sponsor the show. It came off as per scheduled and proved Weinrich knew whereof he spoke. Never in the history of Willows has a celebration caused so much talk or  received such commendation. Splendid! was the verdict.

So on April 14, 1934 with the Chamber of Commerce sponsoring and  Mr.Weinrich as general chairman,  they held a one day event featuring Lamb Races.

The race took place going down Butte Street with the 50 lambs that had entered!  The first prize was $7.50 !!! A free bean feed  followed with over 1,000 in attendance at the Sheridan Park.
The event included a Band Concert, Flower Show, sponsored by the garden section of the Monday Afternoon Club, and the Grand Finale was an evening Ball at Memorial Hall with the admission of  $ .75.

Small, humble beginning of one of our community's favorite events-Lamb Derby!

Willows Lamb Derby Incorporated is a non-profit based organization.

Volunteers are elected to the Lamb Derby Board for a term of 2 years.The Board is governed by existing bylaws and an election process.


Lamb Derby Board and Volunteers serve the Community of Willows and Glenn County through out the year by fundraising, community service and organizing the annual Lamb Derby event(s) held the Monday through Saturday prior to Mothers Day.


Volunteers are always needed. Contact your Lamb Derby Board for more information.

Parade entry forms and Park Vendor application forms are available on this website!